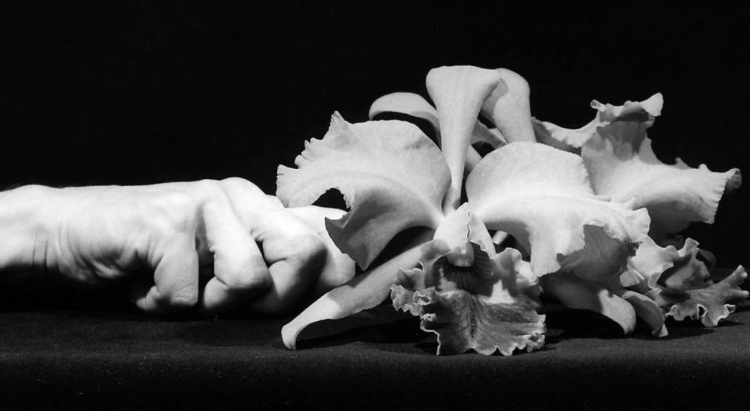 Scandal suited Robert Mapplethorpe. He wore it proudly, like a scarlet cloak. . .

That notoriety has evolved, these days, into a hushed, academic reverence. His photographs are not produced in court on charges of obscenity now, but hang on the walls of major galleries around the world (the National Gallery of Australia owns over 60 of them). The Robert Mapplethorpe Foundation sells tasteful notecards and Limoges porcelain decorated with his images of flowers. Despite this latter-day respectability, we should never ignore the power of his images to brutally shock and challenge how we view our bodies and ourselves. A new documentary film from Fenton Bailey and Randy Barbato, released in Australia this month, is an important reminder of his importance as an artist who used a camera.

Mapplethorpe was a complex, ruthlessly ambitious figure: an egoistic pansexual charmer, more than willing to use relationships to further his career. This is as nothing, however, next to his mastery of photography. Whatever his subject, the image – always in black-and-white – creates a still space around it, compelling the viewer’s contemplation and challenging us to see it (and our response) afresh.

Mapplethorpe first came to prominence for portraits taken when he was living with Patti Smith at New York’s Chelsea Hotel in the 1970s: not only of Smith’s fellow-musicians like Iggy Pop, Deborah Harry, and Laurie Anderson, but established figures, including Truman Capote, William Burroughs, and Susan Sontag. He was soon a sought-after portraitist. There were his exquisite photographs of flowers too, familiar now from ubiquitous calendars and posters. It was photography of the human body, though, which Mapplethorpe commanded as his own terrain.

Between zoology and pornography lies – sprawls – the art of the nude.

‘Photography and sexuality have a lot in common,’ he explains. ‘Both are question marks, and that’s precisely what excites me most in life.’

In 1989, the refusal of Washington DC’s Corcoran Gallery to display an exhibition of Mapplethorpe’s photographs sparked a national controversy in the US about art and obscenity. Senator Jesse Helms fulminated publicly about the images, dismissing them as ‘blasphemy’. In the following years, reproductions of his photographs were periodically confiscated as illegal pornography, including a seizure by South Australia Police in 2000. In all cases, the photographs were eventually judged to be not ‘obscene’ and returned. In response to this condemnation, some critics have described his images in defensive, highly aesthetic language, rhapsodising in precious terms about how they resemble Renaissance paintings.

The perceptions of Mapplethorpe’s photographs as both pornographic and deeply serious art are actually both true. He intended these images to be challenging. ‘He loved to get a jolt out of people,’ recalls a friend in the documentary. In doing so, he dares us to contemplate these scenes innocently, without judgement, and to examine our own tumble of responses: shock, arousal, curiosity, awe, and even humour. In the words of Roman dramatist, Terence, Mapplethorpe’s challenge to the viewer is, ‘I am human; nothing human is strange to me’.

When Jesse Helms waved a sheaf of Mapplethorpe’ photographs in the US Senate, excoriating their obscenity, he shouted, ‘Just look at the pictures!’ as though this were enough to condemn them. In a fitting irony, film makers, Bailey and Barbato, have taken Helms at his word, and used the phrase as the title of their new documentary.

Mapplethorpe: Look at the Pictures is showing at Palace Cinemas in Sydney, Melbourne, and Adelaide during May and June 2016, as part of the Essential Independents: American Cinema Now series.