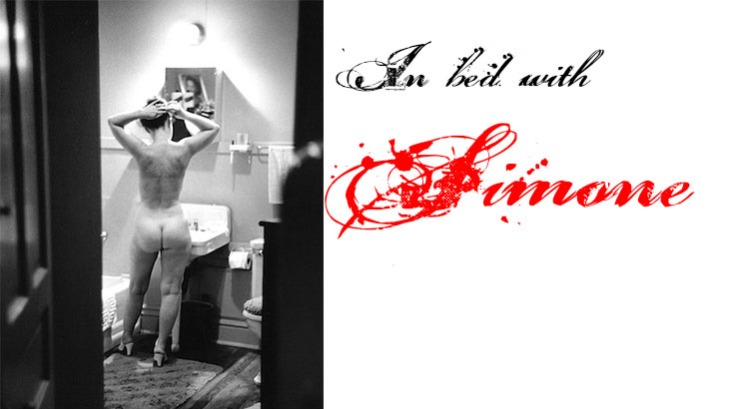 I go to bed a little earlier these days.

Sometimes I catch myself looking forward to bedtime during the afternoon. Maybe I’ll go before ten tonight, I catch myself thinking. It’s become a little ritualistic, I confess. I plump up my pillow, reach for the book on the bedside table, and we begin.

I’m reading Memoirs of a Dutiful Daughter by Simone de Beauvoir, the French philosopher and writer. It is one of the most beautifully-written and accurate accounts of the process of growing up I’ve ever read: exploring the intricate ties between earliest childhood experiences and the adult we become. Despite the fact she was born nearly 100 years ago, almost every page contains scenes we recognise from our own lives: the earliest memory (hiding beneath her father’s desk); the day she discovered that her parents were not all-powerful; the realisation of her existence in the world (‘Here I am’ she whispers to herself in junior school, almost fainting at the revelation). The Memoirs is the story of the growth of the author’s mind along with her body.

Simone de Beauvoir combined a fierce intellect with a strong, independent will, and an intense awareness of her physical existence. She recounts the sexual fantasies she experienced even as a child, imagining herself as the slave of an oriental tyrant and used by him as a mounting block: Trembling, half-naked, I would substitute myself for the royal slave and feel the tyrant’s sharp spurs riding down my spine. Despite the secret sensual delight these imaginings gave her, she recognised them as fantasy. I never for one moment forgot that it was just a dream, she writes. In reality, I refused to submit to anybody.

What de Beauvoir describes is more than precocious sexuality; she recognises the ‘seriousness’ of sensuality: that ‘who we are’ is based in our physical, phenomenal existence. The body, as she wrote in The Second Sex, is not a thing, it is a situation … it is the instrument of our grasp upon the world.

Being Simone de Beauvoir was a lonely place, both intellectually and emotionally, she admits, until meeting fellow student Jean-Paul Sartre at the École Normale Supérieure in Paris. He was still young enough to get emotional about his future whenever he heard a saxophone playing after his third martini, she writes. They became companions for life, but that’s another story.

2 thoughts on “In bed with Simone”