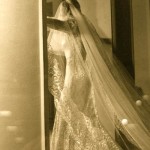 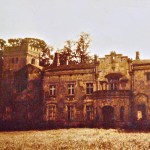 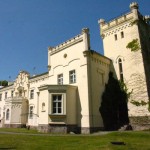 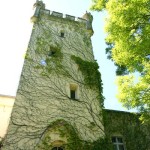 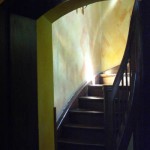 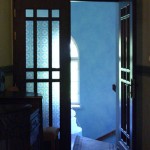 Deep in the Polish countryside, surrounded by heathland, lakes and forests of birch and pine, lies the Palace of Krzeslice.

Wide lawns surround the house, but it cannot be seen from the road or nearby village, nestled in its own surrounding woodland of broad oak trees. Like Sleeping Beauty’s domain, it sits undisturbed, with the old iron gates overgrown by ivy thick as a child’s arm. Here I woke this morning (24 May 2011) and imagined all the brides of Krzeslice.

After lying in ruins for half a century, the Palace was restored in the 1990s as a country hotel. There are few guests (for Krzeslice is not on the way to anywhere), but it survives, even flourishes, as a venue for weddings from villages and towns in the surrounding area. The brides-to-be arrive every Saturday as nervous girls, surrounded by their giggling friends wearing too much makeup. After the ceremony and the celebrations they climb the stairs with their dark-suited husbands to the great bedroom over the castellated entrance. Early the next morning, the couple rise and drive off for their honeymoon before anyone else is awake.

There must have been over a thousand of these brides over the years in their gowns with with garlands of flowers round their heads. Before them, thousands more must have married at Krezlice, for a Palace has stood here since the 1600s at least, occupied by Polish and Prussian aristocracy. All this stopped when the Germans invaded in 1939. Then after the Russian takeover at the end of the war, the building fell into ruin till the 1990s, when the brides returned.

I imagined them, these legions of Krzeslice brides. The long-dead. Those married just this summer. And others – middle-aged now, in offices or shops or stuck in traffic while taking the children to school. Each one had woken in this room and, almost trembling with happiness, seen the morning light climbing through the slats of the shutters and realised that she would never feel like this again, that life was changed utterly.