Lands End, the Long Island mansion said to be F. Scott Fitzgerald’s model for Daisy Buchanan’s house in ‘The Great Gatsby,’ is to be demolished and the land sub-divided. It seems suitable somehow:

The were careless people, Tom and Daisy — they smashed up things and creatures and then retreated back into their money or their vast carelessness, or whatever it was that kept them together, and let other people clean up the mess they had made.

Parsimony is not a word often used to describe a novel. For Chris Womersley’s Bereft (2010), I mean it as praise indeed.

Bereft tells the story of solder, Quinn Walker, returning from the First World War to the small NSW town where he grew up. Ten years earlier he had fled the town after witnessing a terrible crime for which he was blamed. The Australian bush becomes an almost surreal landscape in the novel. It is peopled by wandering figures traumatised by the horrific losses of the War and ravaged by the Spanish Flu ’plague’ of 1919. Quinn’s search for justice, together with the wild orphan-child, Sarah, is a compelling, beautifully-written tale that hardly puts a foot wrong.

I’m a firm believer in the Taoist principle of writing: that what you leave out is as important as what you leave in, and requires just as much thought. Wormesley is a master at this. It’s not simply that ‘less is more’. Rather, to have written more would have been excessive and ‘clogged’ the story; to have written less would have made it fail and fall out of the sky. He writes just the right amount to make the novel sufficient in itself, to make it run like a lean machine – and this parsimony in storytelling is a difficult thing to achieve.

Contemporary Australian novels contain plenty of examples of authors slipping up in this way at times (and I don’t exclude myself).

Few writers won’t recognise these sins in their own work at some time. Wormesley is an experienced journalist and editor, and this will have helped the economy of his prose (yet when was that background alone ever a guarantee of good fiction-writing?). He has the instinct, too, of a natural storyteller who understands exactly how much to reveal to the reader, when, in what order, and without giving too much – or too little – detail.

Bereft, like all well-written novels, moves swiftly down the runway from the first page, like a beautifully-designed aircraft. It lifts effortlessly into the air, becomes weightless, and takes the willing reader wherever the author wants to fly.

A beautiful new movie recreating the first flight by a man into space, Yuri Gagarin, exactly 50 years ago today. See the whole project on Youtube. 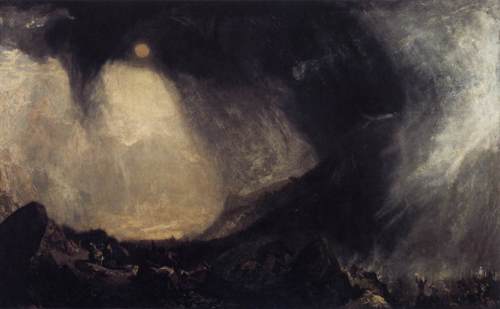 It seems higher and more menacing by the second, as though every childhood fear he’s ever had are all now made visible and noxiously palpable. Between the stormclouds and the earth twist whirling, intersecting cones of wind and hail and rain, persecuting the tiny figures who crawl across the craggy ground in the distance, bowed against the wind but still pushing one step out in front of the other. The scene is full of dread and awe, of the overpowering force of nature, yet it also evokes the sheer will of humanity, enduring in the midst of this vortex of chaos.

Turner moves from the window where he has been feverishly drawing this scene on the back of a letter. He calls out to the young boy playing with a cat by the fireside.

It is 1810. Turner is thirty-five years old and staying at Farnley Hall in Yorkshire, the home of his friend Walter Fawkes.

‘Shall I fetch you a block of drawing paper, Uncle?’ asks his host’s son, Hawkesworth.

‘Not at all, Hawkey, this will do fine.’ He scribbles arrows and notes on the sketch, describing effects of massing and colour for use later.

‘I do like thunder and lightning, Uncle, don’t you?’

‘Nothing like it in the world,’ says Turner, smiling at the boy. ‘There Hawkey,’ he goes on, holding out the crumpled letter covered in scribbles, ‘in two years you will see this again and call it Hannibal Crossing the Alps.’

An excerpt from Turner’s Paintbox.

This website has been nominated for the Best Australian Blogs Competition, in the Words category. An initiative of the Sydney Writers Centre, the competition runs until 21 April, so feel free check out older posts and leave comments …

There comes a time in everyone’s life when – tired after a long journey or a heavy week at work – you surrender to watching an episode of Midsomer Murders on TV. On a winter’s evening perhaps, and with a glass of wine in your hand, you realise you are enjoying it in a perverse kind of way.

In the course of thirteen series, Inspector Barnaby has investigated (and failed to prevent) around 240 murders – a good proportion of the population of the county in which they take place, and resulting in enough corpses to fill two Boeing 737s.

The rate of slaughter is par for the course in a murder-mystery series, of course (think of the charnel house which is Miss Marple’s Saint Mary Mead). The stunning incompetence of the police is also a tradition of the genre, allowing a series of murders to take place, sustaining tension and comfortably filling an hour’s television. In the end, the detectives are more patients than agents, officiating at the deaths rather than preventing them.

It is not the drama (such as it it) which fascinates me about Midsomer Murders, but the setting in which it takes place. It is always a summer’s day. There is hardly any traffic (the curse of real-life English country towns). No mega-supermarkets are ever seen. With the exception of mobile phones (and other modern plot-necessities), it might be the recreation of an idealised 1950s England.

Midsomer, in fact, is curiously like the limbo-worlds of The Prisoner, Life on Mars or Ashes to Ashes. Nothing ever changes (and if it does, the police politely ask you to help them with their enquiries). This eerie ‘sameness’ can be seen in the characters, who have the wooden predictability of their Cluedo counterparts: the jolly vicar, the eccentric aristocrat, the hippies up at the manor house, the spinster postmistress, the brash property developer from out-of-town, and so on.

Midsomer life is only threatened by the murders which symbolise a threat to its unchanging predictability – a predictability at once reassuring and horrifying, as though the characters were condemned to repeat the same summer’s day over and over again. The success of the series – watched by around 9 million viewers a week in the UK – indicates the seductive charm of this make-believe England for many people. It is England as some wish it were. Somewhere it doesn’t rain. Where you can find a parking spot. Where you do your shopping with a wicker basket in the local post office and pop into the pub for a drink with the cheery landlord afterwards. And somewhere you only ever see white faces …

The show’s producer was recently forced to step down after revealing it deliberately avoided employing ‘non-white’ actors in order to preserve its so-called ‘britishness’. This ugly racism indicates an extreme conservatism and hostility to change which appeals to many in its audience. It is a fairytale bastion of an English rural idyll which never existed beyond picture-postcards of Cotswold cottages wreathed in honeysuckle. The appeal of Midsomer is grounded, then, in a fear of the new, fear of the unpredictable, fear of change.

I know these English villages well. Crime is not uncommon, if trivial, and murder not unknown. They are murders like those anywhere – whether in London, Melbourne, or Copenhagen. Overwhelmingly they are caused by drunken young men senselessly beating or stabbing each other to death on a Friday night, or people murdering their partners in a rage. The Midsomer murders are different. They are secret, random, and often with causes deep in the past. They could be committed by anyone, from the local vet to the lord of the manor. They are eruptions of passion and violence and unpredictability into the ordered world of Midsomer: outbreaks of anarchy to be crushed by the police so that its eerie sameness can be restored.

Midsomer Murders is a monument to a very English form of conservatism. ‘Don’t change,’ whispers Chief inspector Barnaby to the viewer, ‘and everything will be all right.’ Won’t it?